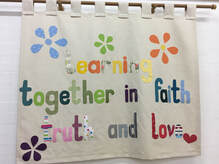 RE is an important part of our curriculum here at Baldwins Gate. We follow the Staffordshire Agreed Syllabus using Understanding Christianity and RE Today resources to support our teaching of Christianity and other world religions.

In each class RE follows a question based approach, allowing pupils to engage deeply, develop their own beliefs and spirituality and grow as individuals with religious literacy and understanding of the diverse world in which we live.

From year one onwards the children have their own personal RE book, as well as a class RE book in which discussions and children's thoughts and reflections are also recorded.

RE in Class One (EYFS) 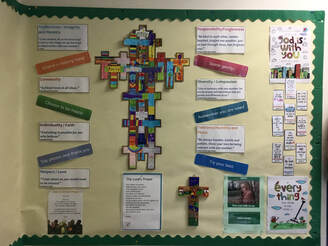 RE in Year Three
​
​This half term the children in Year three are answering the question 'How are symbols used in worship?'.

RE in Year Four

RE in Year Five

RE in Year Six